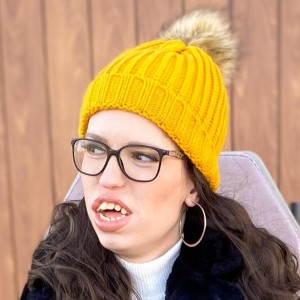 Amy Evans describes herself as a perfectionist and big dreamer. When she’s not at university studying marketing and advertising, she’s writing for her blog, The Velvet Court, and at the race track cheering home her horses.
All Posts

Facebook Advertising Boycott: Who Will Pay The Bigger Price

Facebook has recently been under fire from advocacy groups for failing to sensor posts which incite hatred or misleading nature. Whether Facebook has a corporate social responsibility to remove these posts or whether removing them is crossing the line of free speech is a debate in itself. However, big corporations with the big bucks are now boycotting Facebook advertising, with Unilever leading the way (Facebook’s 30th highest advertiser spending), followed closely by Verizon, Coca Cola and Starbucks.

If you are not familiar with the movement, the campaign titled #StopHateForProfit was started on July 17th, with advocacy groups including ADL, Color of Change, Common Sense, Free Press and the NAACP leading the cause. They are calling on companies to boycott advertising on Facebook, as they believe Facebook does nothing to stop hate and extremism. It is said to be started by Donald Trump’s intelligent *eye roll* tweet/Facebook post “when the looting starts, the shooting starts”.

Since then, over 500 companies have suspended their advertising in support. While Facebook’s CEO, Mark Zuckerberg, has stated: “We’re not going to change our policies or approach on anything because of a threat to a small percent of our revenue.” What better way to call for change than to hit a company’s pocket, because change only comes from drastic measures. However, is it as simple as that?

It is still early days, so the financial impact on Facebook’s bottom line is yet to be determined. Nevertheless, over 95% of Facebook’s $70 billion annual revenue comes from its advertising streams. Facebook’s top five biggest advertising spenders are Home Depot, Walmart, Microsoft (who recently stopped their advertising), AT&T and Disney. Though the top 100 companies that spend the most on Facebook advertising only make up around 6% of Facebook’s advertising revenue, around $4.2 billion. This statistic means that the power essentially lies with small to medium businesses; so if that is you, remember that you always have the power to make an impact!

Interestingly, this is not the first time a social media company has come under attack for its advertising, and let’s be honest, probably not the last! In 2017, YouTube copped backlash for placing adverts on videos that contained hate speech. In some ways though, Facebook is very different from its competitors. Facebook’s company structure means that it is controlled entirely by Mark Zuckerberg (as CEO). He cannot be removed by other company executives, unlike companies such as Disney and Apple, whose board has the power to remove their CEOs if revenue levels are falling.

It is not just the power of the Zuck that makes this situation different, but also the power Facebook has as a social media platform. Who would have thought 30 years ago that a single platform would have this much power? Facebook has nearly 2.9 billion monthly active users (and 1.62 billion daily users), with 11.23 million of these users coming from Australia. It is also one of the most used social media platforms with 8 in 10 Australians using Facebook and YouTube. Facebook also owns WhatsApp and Instagram, which are successful social media platforms in their own right. Unilever has released a statement that reveals they will also stop advertising on Instagram and Twitter as well.

By withdrawing advertising on Facebook, companies could be missing out on key consumers. Facebook is growing in popularity for consumers aged 65 and older (Sprout Social). However, younger consumers are moving more towards other platforms such as Instagram and TikTok – because who wants to be on a platform that your parents are on? In the US, Facebook also draws in high-income consumers, with Facebook being the second-highest platform behind YouTube for consumers who earn over $75,000 (Sprout Social). So, if your target audience is not on Facebook, then diverting your advertising budget to a different platform may be ok, but if they are on Facebook, then the decision is slightly tougher.

So, whether you support the campaign is entirely up to you, but it certainly has started a conversation and a large one at that! From the research conducted for this article, it is clear that it is not as black and white for smaller businesses as it is for the large corporations. Small businesses must think about their own profit levels while considering where their consumers are. Will Facebook lose valuable revenue dollars or will small businesses who support the cause pay the bigger price? Only time will tell!

Subscribe to get the Memo and other interesting tidbits on the regs.

The Information Diet: How To Stop Your Content Consumption From Turning Toxic

Diary of an evolving brand.